“Our most complete performance of the season to date,” was Cambridge skipper and back-row George Bretag-Norris’ comment immediately after their emphatic 34-7 home win over Blackheath.

Praise indeed for his team, who are unbeaten in seven games – a sequence that includes a 34-29 victory over National League One leaders Rosslyn Park – and keeps them firmly in contention at the top of the table, and with a game in hand over the four clubs above them.

From the kick-off, when inside-centre Matt Hema sent the ball bouncing awkwardly along the left flank, Cambridge had the hammer down.

With the wind strong enough to bend the uprights like blades of grass, Blackheath were held in their own territory, their option to tap-and-go their way out of defence achieving meagre gain, while Cambridge kept ball in hand, their big pack winning the breakdown to provide quick play. 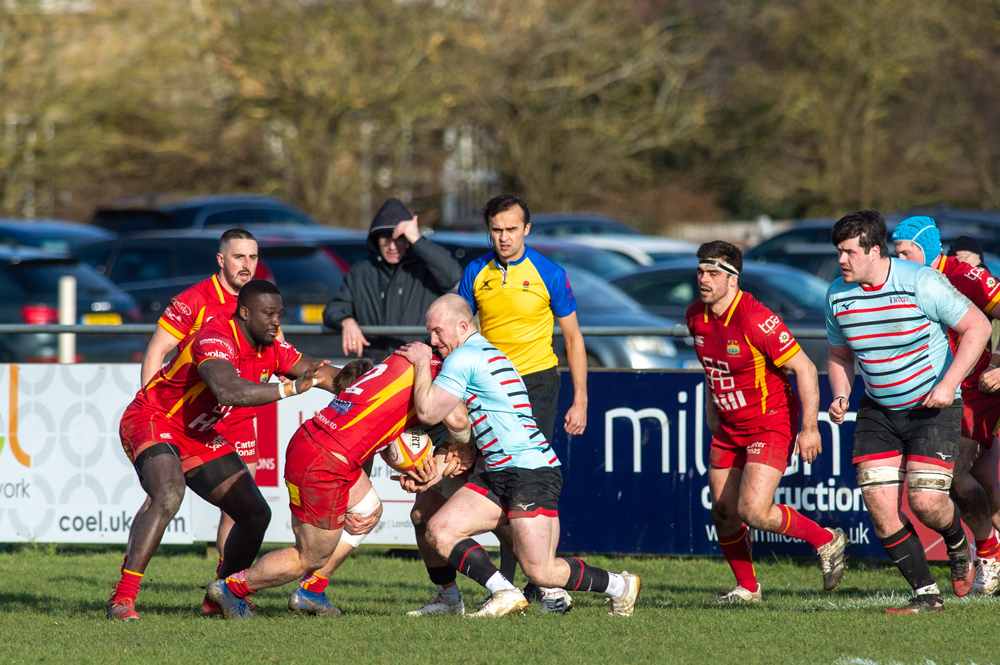 A quickly-taken tap penalty saw tight-head Billy Walker drive over on just four minutes, and with back-row Jake McCloud, and Walker again, going across from lineout ball for converted scores, Cambridge were 19-0 ahead by the interval, with only a last-ditch Nick Foster tackle on fly-half Harry Johnston avoiding further damage. 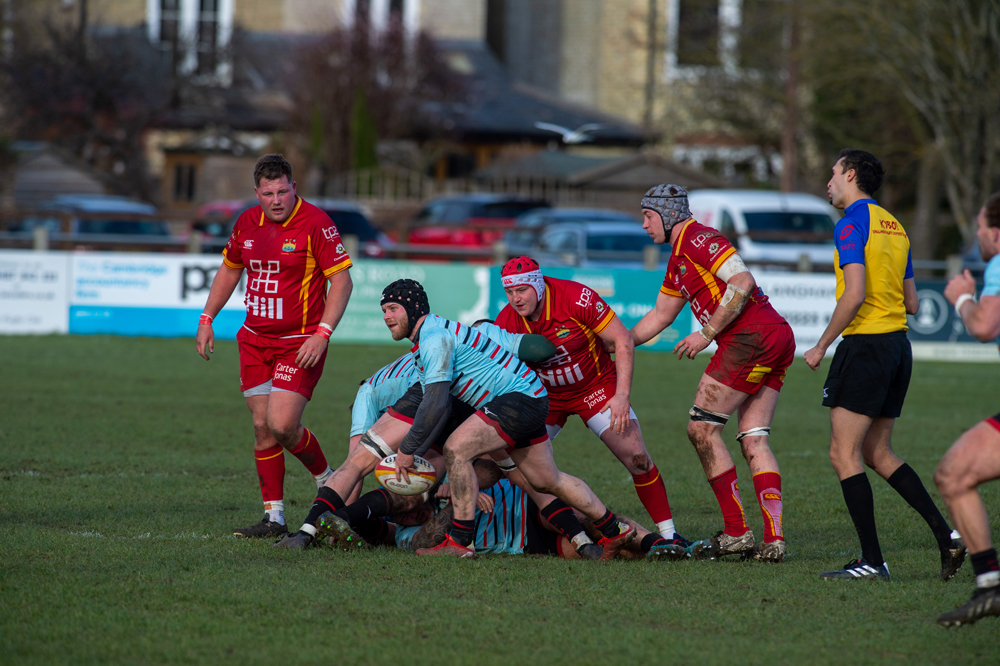 Any prospects of a wind-assisted revival were quickly extinguished, as outside-centre Will Wand brushed tacklers away to send wing Kwaku Asiedu over for a fine score on 44 minutes, and further calamity would follow with Johnston charging-down a clearance, and winning the race to ground in-goal for try number five. 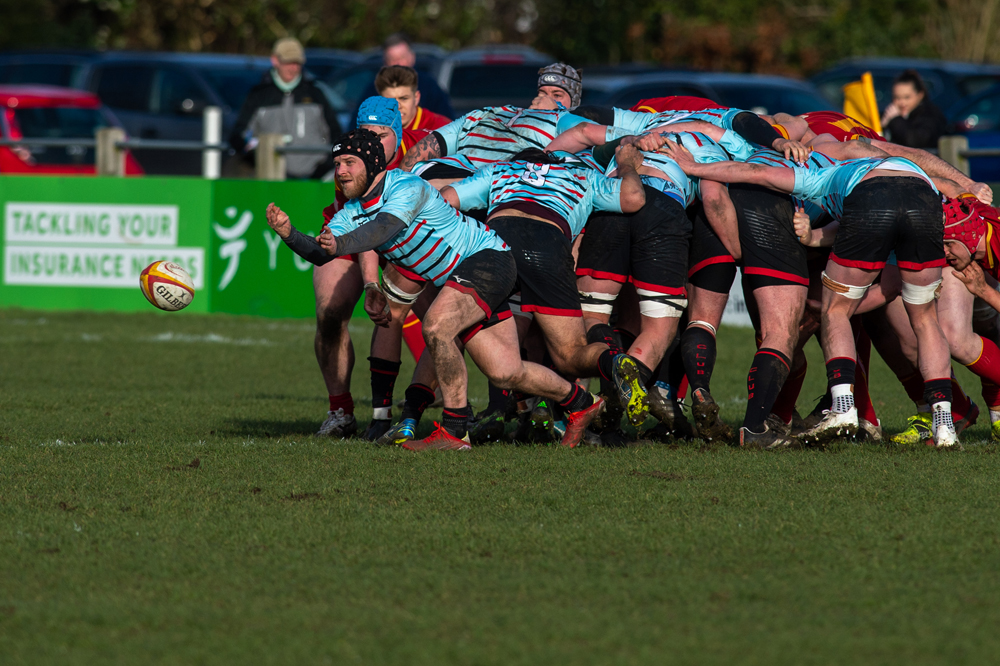 The hour-mark would slip past before Blackheath managed to build enough phases to launch any serious assault, and it culminated in a try for Dom McGeekie, converted by Ollie Claxton.

The last word fittingly fell to the hosts, as Wand conjured up another fine break to pierce the Club’s defensive line once again for the final try. 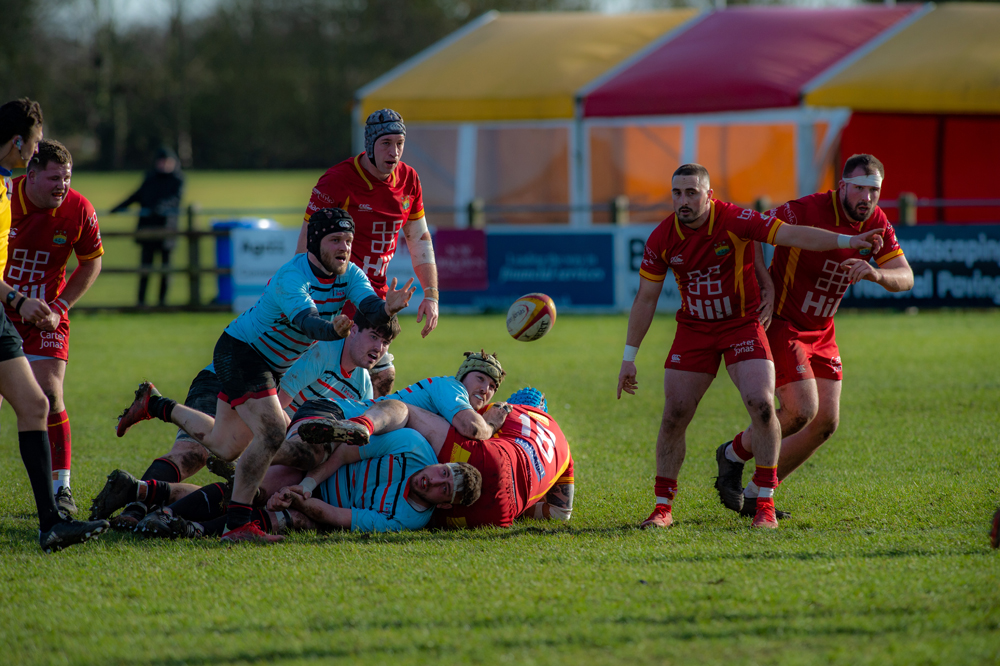 Blackheath return home on Saturday to take on Tonbridge Juddian in the first-ever league meeting between the local rivals at Well Hall. Both will be desperate for points to move away from the relegation zone. Kick-off is at 3pm.