Entrepreneurs can be impatient. When we have a great idea, we want to realize it now. But I've learned that patience -...
Read more
Entertainment

Peter Taylor has managed in the Premier League, won multiple promotions, progressed the careers of Rio Ferdinand and Frank Lampard, and reached the pinnacle of management by taking charge of England for a game at the Stadio delle Alpi against Italy in 2000.

But now the 69-year-old, who has managed 16 clubs across the globe and two national teams during his illustrious and lengthy managerial career, has set his sights on keeping Welling United in the National League South.

While it isn’t the relentless pressure of the Premier League or the expectation of cultivating youngsters through the system at a national level with England, he still burns the midnight oil after a defeat or indulges in a victory even more than he perhaps might have allowed himself to in the past.

Taylor has told the South London Press about his decision to come back to football after a year-and-a-half away from the game.

“On a matchday, you really would miss it,” he said.

“I was doing some work at Dagenham, but I had to have a new knee after years of crossing the ball caught up with me. It put me out for a little bit and I found myself with nothing to do. When you haven’t got it, that’s when you miss it the most.

“I promise you that it doesn’t bother me in any way, but I’m sure there are people out there thinking: ‘Blimey, he’s managed England, but now he’s in the National League South’. I have never looked at levels. The thing I want more than anything else is to be helping footballers and coaching a team and individuals to be better – that’s what I’m into.

“You miss football for the right reasons – helping a team or helping somebody. When Mark Goldberg asked me to take the Welling job, I brought it on myself to say that I wanted to keep the team up.

“Even now with Welling, when you come home from a defeat, you’re so disappointed and take it so personally that it really does hurt. 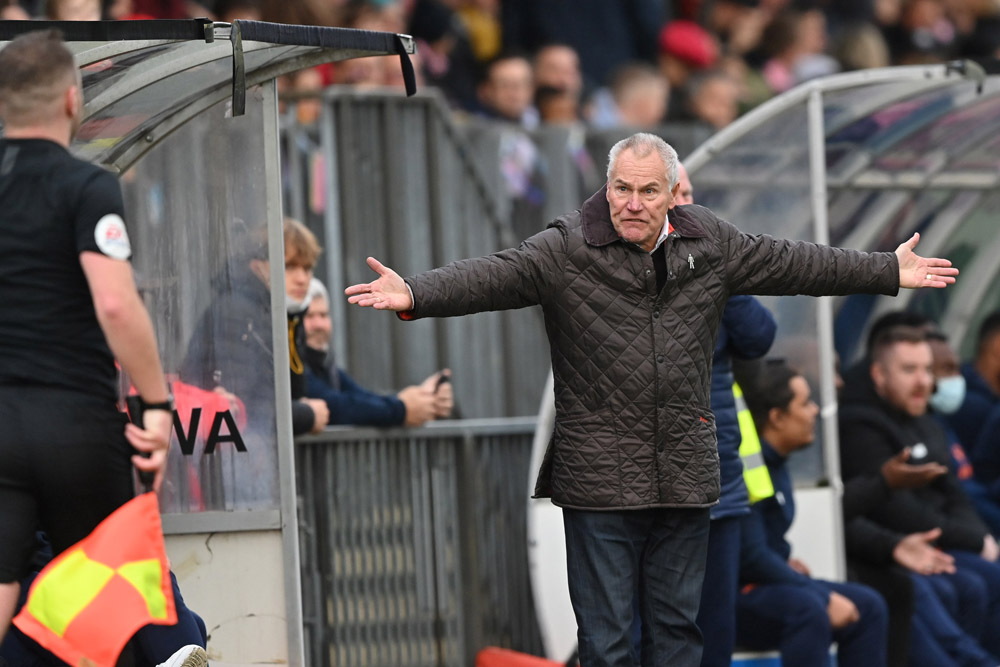 “The level is very different to what I have been used to, but I still enjoy it just as much. I am looking after a group of players who aren’t worried about a pound note – all they’re worried about is playing on the pitch to improve and showing other clubs that they might want them at the end of the season.

“These players want to be on a stage, and there are probably a lot of players in the Premier League earning £50,000 a week but never playing. I have got boys on £150 or £200 a week who are desperate to play because they just love the game.

“If we stay up, I will be very pleased.”

Welling are just six points above the bottom of the table but Taylor, who has always had coaching at his core, is firmly focused on seeing his players develop rather than their precarious position in the table.

“If you look at the league table, people would say that Welling aren’t good enough, but I have got a group of young players who can’t wait to get to training and can’t wait to hear what’s going to be said to them because they want to improve,” said Taylor, who played and managed Crystal Palace.

“They deserve a lot of credit for that. I speak to a lot of coaches, and they always ask me about how I am getting on, to which I reply: ‘I’m absolutely loving it.’

“I love the preparation for a matchday and the players’ attitude of trying to be better, which means more to me than anything. If I didn’t have that, I wouldn’t be at Welling.

“I shouldn’t expect to be winning every match and to be top of the league. Our budget is the lowest in the league, which Mark doesn’t make any secrets of, and that’s handy.”

Taylor’s playing career was just as coveted as his one in management. 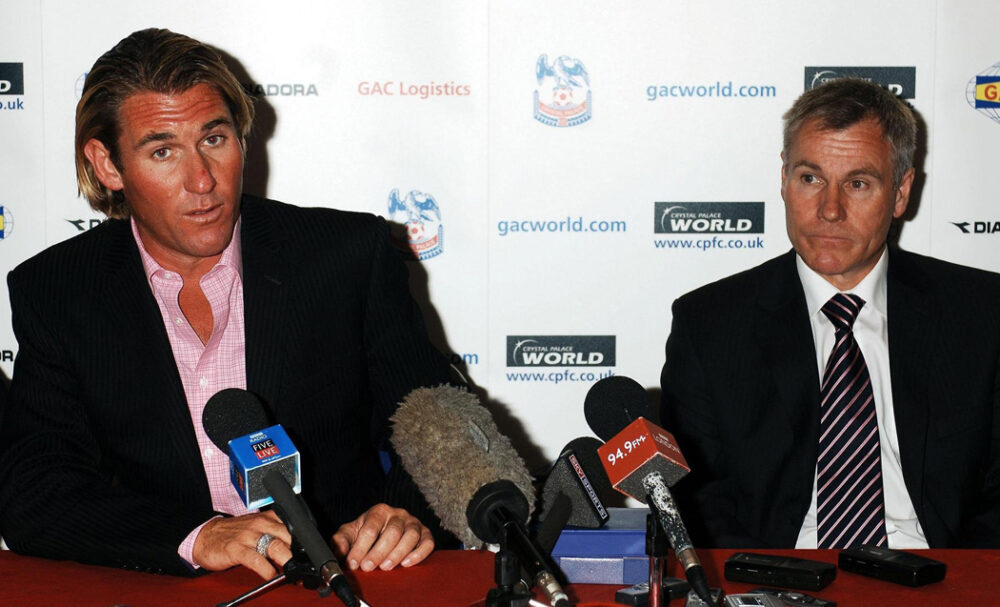 He played more than 350 games as a tricky and direct winger, reaching the top flight with Tottenham Hotspur, where he played alongside World Cup winners Ossie Ardiles and Ricky Villa.

Taylor also became an England international while in the third tier with Palace – a feat that would be unthinkable in today’s game.

But he has always had one eye on coaching, forming a Sunday League Youth Centre team in the 1970s for all his friends during his time as a Southend United player.

“I always had it on my mind that I was going to be a coach,” explains Taylor, who cites his Palace manager Malcolm Allison, and Glenn Hoddle, as coaches who have inspired his own methods.

From his first senior job at Dartford – where he acted as player-manager and produced a style of play that recorded more than 100 goals each season during his four years in charge – Taylor worked his way up the divisions.

He was quickly trusted with the role of taking charge of the next crop of England youngsters as the U21 manager by Glenn Hoddle in 1996.

Reflecting on his time with the Young Lions, Taylor adds: “It was a wonderful job. You’re dealing with the best young players in our country and training at the best places with the best equipment – you can’t get a better role.

“The reason why it was the best job and best feelings in football was because the young players were desperate to get into the senior squad, and my role was to help their careers by getting them there.

“I spoke to Matt Jansen about a year ago, and we were speaking about the U21 days, and he told me: ‘Peter, everybody wanted to turn up when you were the manager.’

“It’s the loveliest thing to hear because I tried to make it enjoyable, along with the serious moments, as these players didn’t have to be there, but for their careers, you tried to encourage them to be there. We had an incredibly close spirit at international level.”

In November 2000, when Taylor had Leicester City battling at the top of the Premier League, he took charge of the men’s national side for one match while the transition to Sven-Goran Eriksson was under way.

Taylor reflects on growing up in Rochford, a town in Essex, and how he was “obsessed with playing football” as a youngster.

“For me to have received a phone call all of a sudden from the Football Association to ask me to look after the England side for one match was the biggest honour I could have ever imagined.

“To manage your country against a team such as Italy was incredible – I couldn’t have been any prouder.

“As I knew it was the one game and a friendly, I made up my mind that I was going to enjoy it and take every bit.”

Taylor dropped Paul Ince, Tony Adams and Martin Keown for his squad, bringing in a handful of his former U21 players. He fielded one of the youngest England sides against Giovanni Trapattoni’s Italy. Taylor awarded David Beckham the captaincy. 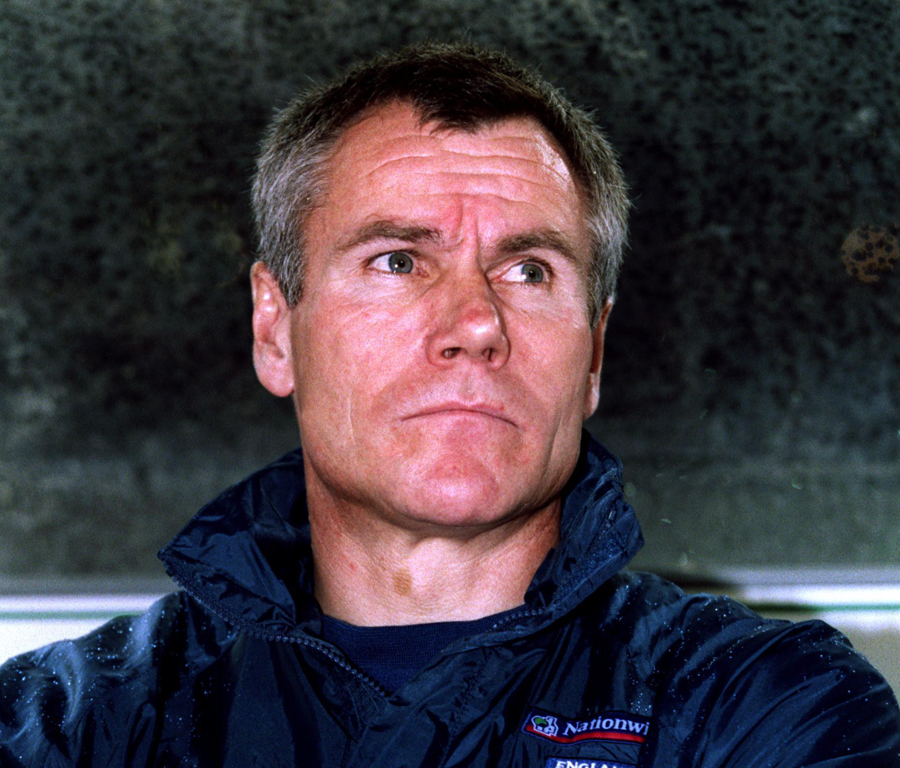 “People still remind me about making Becks captain. You can never take that day away from me.”

Taylor would have a spell back where he made a name for himself as a player at Selhurst Park, with Simon Jordan luring him from Hull City to replace Iain Dowie.

Taylor lasted only 16 months at Palace as fans grew agitated towards the end of his reign – the club looking ominously over their shoulders at League One.

“I tried as hard as I could,” said Taylor. “I’m a manager, and if you don’t get enough results, you have got a problem. I don’t think Simon probably believes that I am the best manager in the world, but I have got a lot of respect for him.

“It was a difficult job. I didn’t do it right either, as I went in there without my own staff. I was desperate to manage Crystal Palace – I wanted to do well and wanted it to work.

“I should have insisted on bringing my staff, but I was told that I couldn’t at that time. I probably should have either not taken the job or insisted my staff come.

“It was a rebuilding job – the players were comfortable there.”

Taylor, who managed Kerala Blasters in India and the Bahrain national side during the past decade, adds: “I’m not a young fella any more. The part-time side of Welling fits my diary now because I look after my four grandchildren – Mia, Josh, Max and Harry.

“But I’m desperate to try and keep Welling up. When Mark Goldberg asked me to go to Welling, I turned it down three times. But in the end, I only took it because I set myself the target of keeping them up. It will be a tick in the box.

“Around 90 per cent of my working life has been involved in professional football, and I still absolutely love it.”

Entrepreneurs can be impatient. When we have a great idea, we want to realize it now. But I've learned that patience -...
Read more
Entertainment