Hasbulla Magomedov: all about the internet sensation The capital raised would be used for the company's working capital needs. WABAG has developed three dedicated research and development centers in Austria,...
Read more

If you’re active on Tiktok or interested in martial arts, you’ve probably heard of Hasbulla Magomedov† Hasbulla has become an internet celebrity this year. We will bring all the details about him in our article today.

Many celebrities such as Joe Rogan, Logan Paul and MMA fighter Rafael Fiziev have mentioned his popularity on various forums.

If you’ve been snooping around to learn more about the internet sensation Hasbulla Magomedov, keep scrolling!

Hasbulla Magomedov: Everything you need to know about the social media sensation 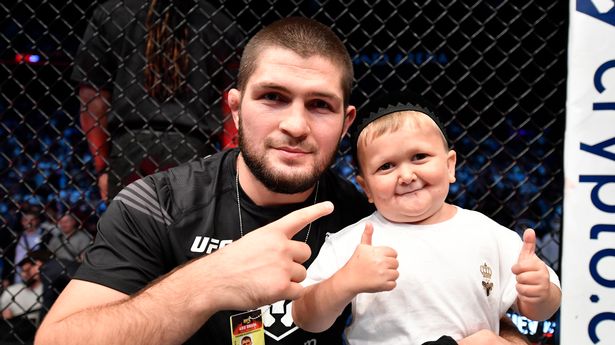 Hasbulla Magomedov was born in the year 2003 in Dagestan, Russia. Even though he is now 18 years old, his face resembles a baby with a high-pitched voice.

There are unconfirmed reports that Hasbulla suffers from a disease called growth hormone deficiency (GHD), a unique form of dwarfism.

Who is Hasbulla Magomedov?

He is a blogger by profession and continues to post content on the social media platform Instagram. He is also active on the social networking service TikTok. Most of his posts are jokes or have to do with MMA spoofing videos.

Hasbulla’s poor fame was because of his larger-than-life personality. During the lockdown phase of the coronavirus pandemic, he started posting details about his life on Instagram and Tik-Tok. According to some of his social media posts, he seems to have a hot-headed temperament. He also engages in martial arts training such as boxing and wrestling.

He was at the peak of his popularity in May 2021. Hasbulla has displayed his charisma and trash-talking skills with 17-year-old Tajikistan singer Abdu Rozik at his pre-fight conference.

The height of Hasbulla is only about a meter high which translates to only 3’3′. His weight is around 16 kilos.

What makes Hasbulla so famous?

There was a video put together by him where he re-enacted Khabib Nurmagomedov’s iconic UFC weigh-in, so users gave him this nickname. After this video went viral on social media, the two became close friends and often appear in videos together.

Given their close friendship, few people started to speculate whether Hasbulla and Khabib were related, but that is not the case.

His most famous video to date is his pre-fight ‘press conference’ which featured Abdu Rozik (social celebrity), where the two were seen chatting and ‘fighting’.

Their rumored MMA fight was hosted by Chechen MMA fighter Ashab Tamaev. This sparked speculation among his fans about when the fight between Hasbulla and Abdu Rozik is. However, the date is not yet fixed. 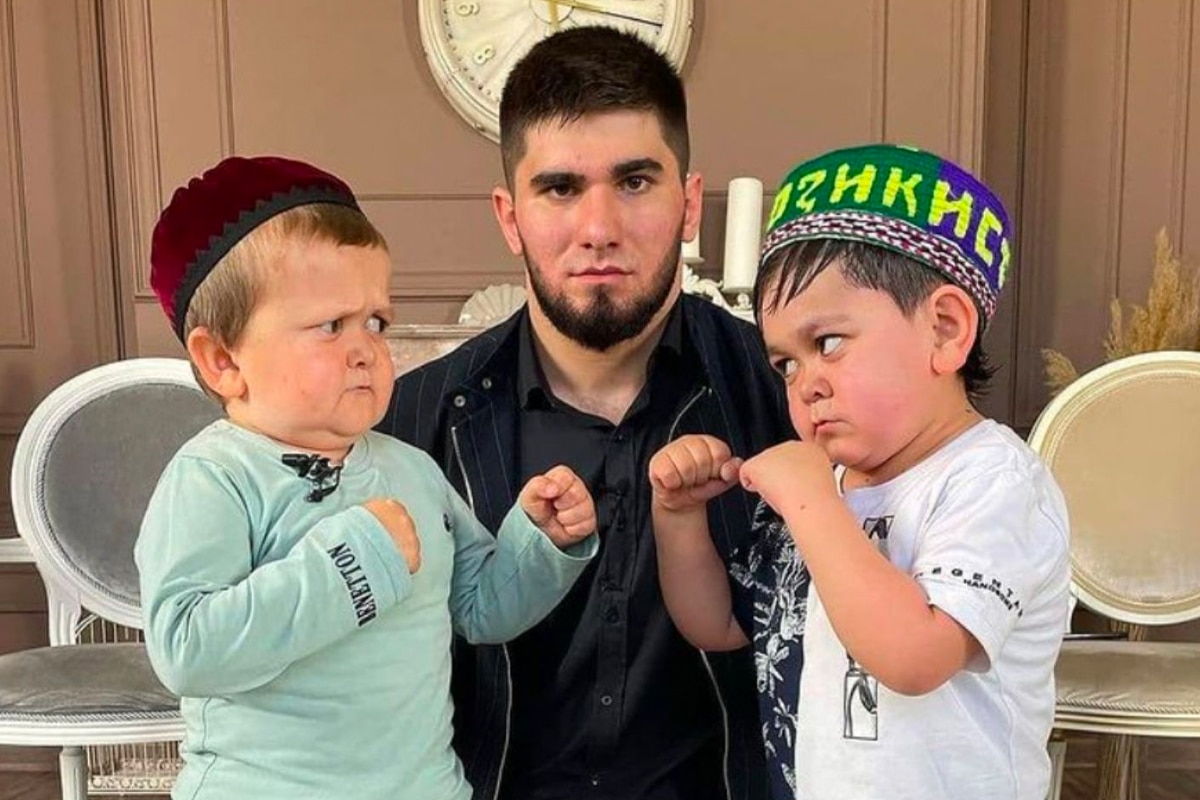 The Sports Association of Little People of Russia has branded the fight as “unethical”. It is still uncertain whether this is one of the reasons why the announcement of the date has been delayed.

Hasbulla is seen more often taunting UFC star Connor McGregor, which has sparked a love for the MMA and casual community.

There is no concrete information available in the public domain about Hasbulla Magomedov’s net worth.

Some speculate that his net worth is more than $100,000 considering his depiction of luxurious life in his videos. However, now that he has become an online celebrity, his net worth is expected to rise significantly.

Even though there has been criticism and resistance, Hasbulla is still making videos and his presence is felt in the MMA world.

Recently, he was featured in sketch videos where he demanded a huge multimillion dollar cash sum for his fame and possible fights in the near future. This implies that he has a strong desire to rise to the top.

Does Hasbulla Magomedov have a disease?

While there is no official confirmation about his illness, Hasbulla is believed to suffer from some type of dwarfism. Due to the genetic condition, Hasbulla has childlike features where his growth is stunted but has a high pitched voice.

Dwarfism affects the growth of the individual and causes other physical problems such as bent legs or an unusually curved spine. This is because the body does not make growth hormones that the body needs to grow. According to NHS, there is also the possibility of heritable impact where genes also play a role.

The majority of people who suffer from this disease of dwarfism can live normal and healthy lives just like others.

Hasbulla is active on the social media platform Instagram with more than 2.2 million followers from 2022. In 2021, his Instagram following peaked.

Does Hasbulla have any family?

Not much information is available about the identity of Hasbulla’s parents. However, the @HasbullaHive account is said to be managed by his brother. 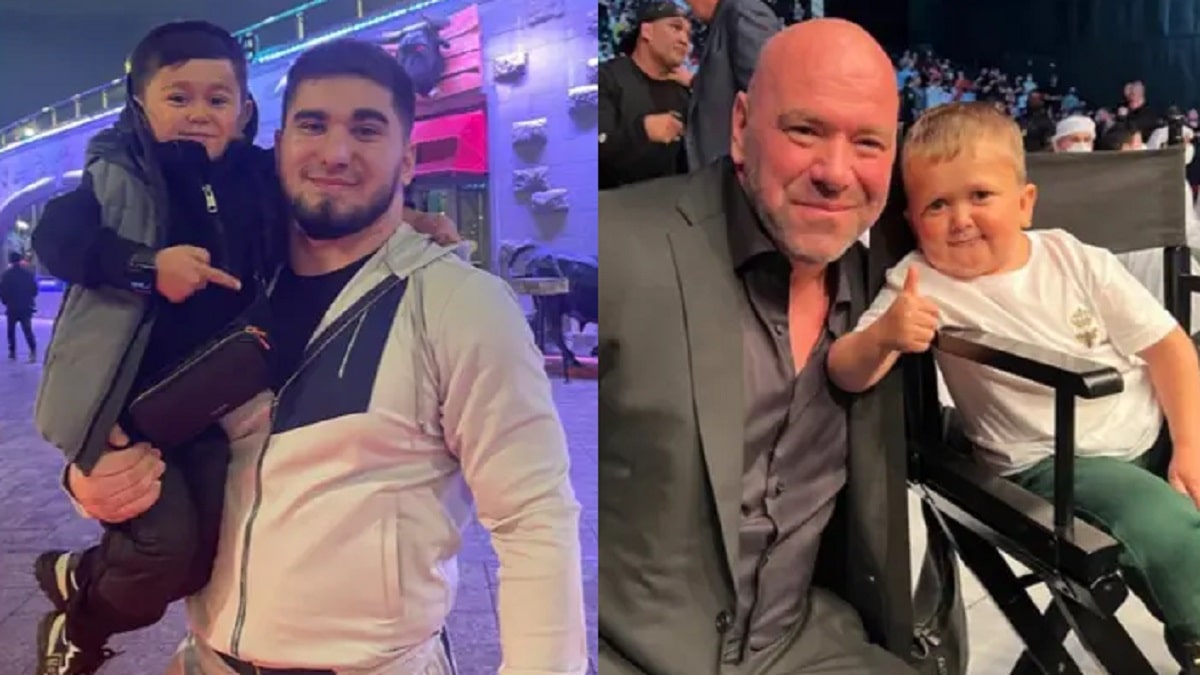 Hasbulla had no quarrels from now on. While announcements had been made about several fights before, he has yet to enter a ring or octagon. Hasbulla attended the UFC 267.

During the event, Hasbulla and his longtime rival Abdu Rozik came face to face, so there is plenty of speculation that a fight could be coming soon. For now, though, fans should keep their fingers crossed until Hasbulla gears up for a fight.

In April 2022, Hasbulla appeared for his debut interview with the host of Barstool Sports Caleb Pressley. The video is now available on youtube which is watched by over 3 million viewers at the time of writing this article.

He discussed in the 15 minute interview about his passion for cars, his beloved cat Barsik, his love of weapons and his ongoing battle with Abdu Rozik.

We will keep you up to date with the latest happenings around the world. Bookmark this space and stay connected!

The capital raised would be used for the company's working capital needs. WABAG has developed three dedicated research and development centers in Austria,...
Read more
Trending

Residents of the country's fourth-largest city were told to boil water on Sunday after the pressure of the pump-driven water system dropped due to...
Read more