Jayden Stockley reckons that every Charlton Athletic player should be badly hurting from the club’s lowly League One position.

The Addicks made it five straight defeats after a 2-0 reverse at Sheffield Wednesday on Saturday.

But amidst the gloom, Stockley ended more than two months on the sidelines as he came on at the start of the second half.

Stockley, 28, played on for three months with a back problem that eventually saw him develop drop foot in his left foot.

But now the influential centre-forward, who slipped on the captain’s armband after his introduction at Hillsborough, is looking for a major reaction from Johnnie Jackson’s side – starting tomorrow at home to Sunderland.

“It’s been really disappointing in terms of the league position and every time we have threatened and broken into the top half of the table, on a good run, we’ve not been able to maintain it,” said Stockley, who scored 12 of his 14 goals this season in a two-month spell running up until the start of December.

“As players there is no-one else to blame other than ourselves for the lack of consistency. We’ve set ourselves targets and fallen short. If that is not hurting each and every player then there is something seriously wrong – because the mindset has to be to get this club back where it has come from.

“If you don’t want to be a part of that journey then there is no use to you being here. It is going to be survival of the fittest in terms of attitude – if you want to go on this journey that Charlton Athletic Football Club are inevitably going to go on at some stage, you need to have a level of consistency.

“It’s a question that is going to be asked of every footballer, whether you are out of contract or have got years left – who wants to put their marker down and really impress?

“Who wants to leave the fans and the club with a good taste in their mouth for next season? I certainly do, I’ve got goal targets I want to reach – I need to perform for them to come to fruition.

“It’s not that we’ve got two months left, let’s just ease our way into the summer and just survive.

“We need to get into good habits. If you want to be part of the squad we’re building then you better perform.”

The absence of Stockley – and the other experienced frontmen – has coincided with fixtures against clubs pushing for promotion.

“You take a whole strikeforce away and I doubt any team at this level would cope because no matter how well you play it is about being ruthless,” said the Addicks’ number nine. “Mason [Burstow] has had an incredible rise this season but I would argue too much has been asked of him because we’ve had such a unique situation, with us three being out.

“It’s very bad luck but also we need to look at ourselves and think in certain games ‘can we take a point and be hard to beat?’ That comes from every single player at the club, whether you are a defender or not. You need that never-say-die attitude to get through these awful times. In times of adversity you need to at least pick up points along the way.”

Charlton’s next six matches after the visit of the Black Cats is against clubs nestled at the other end of the table – including Gillingham, AFC Wimbledon, Doncaster Rovers and Lincoln City.

The Addicks still need positive results, and fairly quickly, not to be dragged into the survival fight.

On paper, it looks a more inviting schedule up until a trip to leaders Rotherham at the start of April.

“Equally those teams below are going to be looking at the likes of us and thinking they can close the gap,” responded Stockley.

“If people think these games are going to come easy, they better think again. These are the ones, come the end of the season, where you have got to battle hard and put everything into the match.

“They are all going to be desperate to stay in this league.

“If we are serious about where we want to be, we’d better show these teams that we are going to get the points. If you disrespect teams in any way, you will be punished – as you’ve seen this season.”

Stockley had never had a major injury before his back flared up, initially just a twinge after the 1-0 win at Sunderland on October 23, Jackson’s first match as caretaker boss following the dismissal of Nigel Adkins. 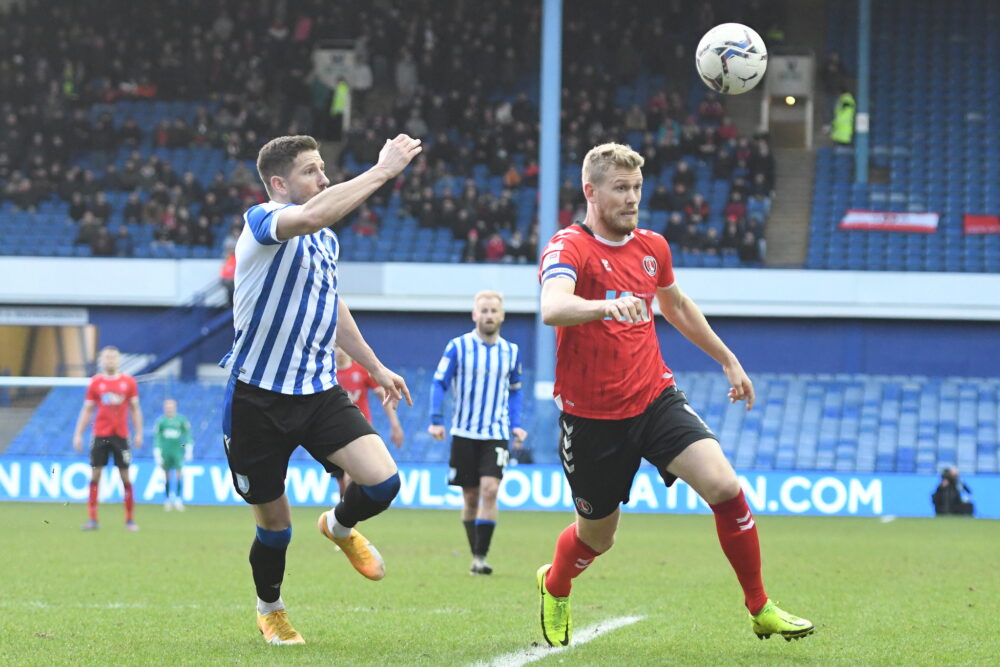 “It was manageable in games with me taking tablets but then around the time I got Covid it triggered it and made the pain go towards my hip,” explained Stockley. “I couldn’t really walk without being in pain – it really jumped up a notch around Christmas.

“When you don’t feel it getting better you do start to panic, because I actually had no feeling in my foot for six weeks. I had no strength in it. That was particularly worrying.

“It gave me a chance to reflect. I’ve always been quite a relaxed person, because injuries haven’t been a part of my career. I probably neglected that side of the game, in terms of strengthening parts of your body.

“I’ve actually gone a lot stricter on my diet and also exercise-wise, things I do in the morning when I leave training.

“There was loads of physiotherapy and back exercises to try and open up the passageways for the nerves to go through – loads of core work.

“I had to be really patient with gradually stepping gym programmes up and strengthening the muscles around the area to release the tension on my back.

“It wasn’t until early February I felt I could start to push it. I’d only trained once before that game [Sheffield Wednesday] when I had 45 minutes. I’ve been doing loads of swimming and bike stuff, just to try and keep my fitness up.

“As soon as I felt alright I wanted to accelerate it to get back out there as soon as possible.”

Stockley ticked off another target in Yorkshire as he regained the captaincy.

“You envision yourself getting back on the pitch and with the armband on when Pearcey [Jason Pearce] is not selected or not playing,” he said.

“It is an immense honour to be a captain at a football club and I would never take it lightly.

“I know how much it means to every fan out there – that would be their dream.

“They are not wrong to think it was my dream, to be a captain as well. It’s even better when you’re doing well. It started like that under the gaffer’s winning run and I will experience that again – because we will get back to winning ways.”