Gavin Rose wants to see Dulwich Hamlet improve their infrastructure as he weighs up whether to commit to a new contract.

Rose is the club’s longest-serving manager, taking charge in August 2009, but his current deal expires later this summer.

And the experienced boss, who has won two promotions to take Hamlet from Isthmian South to National League South, admits to growing frustrated at a lack of resources.

That includes Dulwich not having their own dedicated training ground as well as their budget being a mid-table one despite the biggest gates in their division – averaging 2,712 at Champion Hill this season.

They had 3,334 at Saturday’s dead rubber, a 2-1 win over Hemel Hempstead Town, which saw them finish their campaign in 10th place, eight points behind seventh-placed Chippenham Town.

“I know everyone looks at our crowd but it is not a reflection on our budget,” said Rose. “It’s not a complaint. Whatever the club set as a budget, we get on with it. But there are teams that are so well-resourced in our league and that’s what we’re up against.

“Some teams are training full-time and even the ones who are part-time have better facilities and better budgets, that alone allows them the opportunity to sustain that play-off push or championship push.

“We’ve been here for a few years and since we got kicked out of the stadium, and got promoted, we’ve always known there were things that weren’t right, facilities had to be better and budgets didn’t match up. But even for us now, we need to be supported in a way we can have a squad that can really mount a challenge and give ourselves a chance.

“There has been a sacrifice on our side, in terms of doing right by the club, but we also need to do right by ourselves as well.

“Maybe a manager coming in from the outside wouldn’t understand it.

“They’d think ‘we’ve got a big crowd – give me my money, so I can do what I need to do to get the training facilities so I can train the players’.

“I’ve been here, so I understand the story and what is going on – sometimes that can be disadvantage as well as an advantage.

“I’m ambitious and I want to be able to do my job to the best of my ability, like all the other managers are able to do their job.

“At times we have kept quiet and done the right thing by the club. But now we’re at a point that if we want to go up then lets put everything in place so that it looks like you want to go up.

“You look at the teams at the top of the league and every single one of them looks like they want to go up, inside and outside, not just the management team. They have an infrastructure. We’re still begging and borrowing to see if we can train somewhere.

“At the moment our training conditions are 9pm until 10 pm, which is nowhere near the standard it should be. Sunday league clubs probably have better conditions and that’s without being able to use a changing room.

“The club are looking into trying to secure us a training venue but these are basics that should be there anyway.

“When people think we have fallen off, yeah we have – but if you’re a football player then the motivation can quickly wane when the conditions are as they are.”

Rose has allayed fears he is on the verge of quitting. 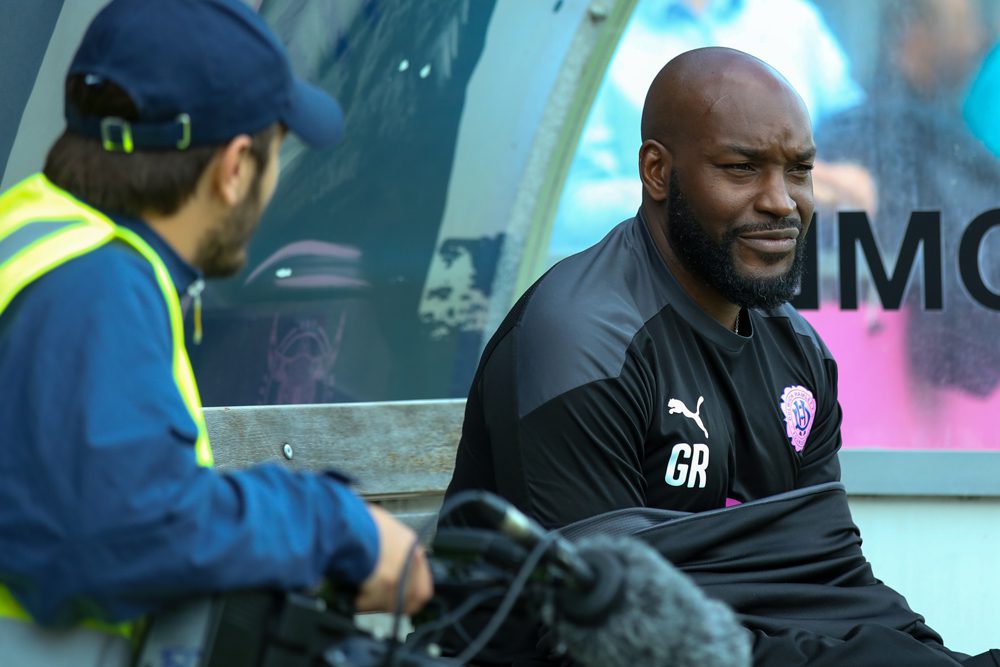 “I’m out of contract in about two months time but we have been speaking about next season and the seasons after – it’s not like there is an issue with me staying,” said Rose.

“It’s just that in order for me to stay, I have to give myself a chance as well now.

“There are no hard feelings. If the club are unable to help, that isn’t an issue. The last thing I’d want to do is put the club under any pressure to do what they can’t do. It’s my local club.

“If the club can’t do certain things like the training facility, the changing room, help with recruitment and physios – which I do think are basic things – then I’m not here to say you have to. I’m not holding a gun to their head.

“I’m not speaking out of turn because this is a conversation that the club agree with. They are trying to help. They are on the same page.

“From the outside people probably think the grass is a lot greener than it actually is. To be honest it ain’t, we’re almost pulling up trees at times.”

Hamlet had a better average attendance than champions Maidstone (2,424) with the next highest Dartford (1,351) and Ebbsfleet United (1,312).

“Don’t get me wrong, it isn’t as though we’ve got the worst budget in the world,” said Rose. “If people want us to go up then we should be much bolder because there are clubs that don’t have that natural resource but have an outsider backing them – their budget is two or three times more than ours.

“At every level you look at then money, at some point, always plays a part. At times we are operating as a club like we shouldn’t do well in this league. A lot of teams have really added to their resources and this level has improved quite a lot. 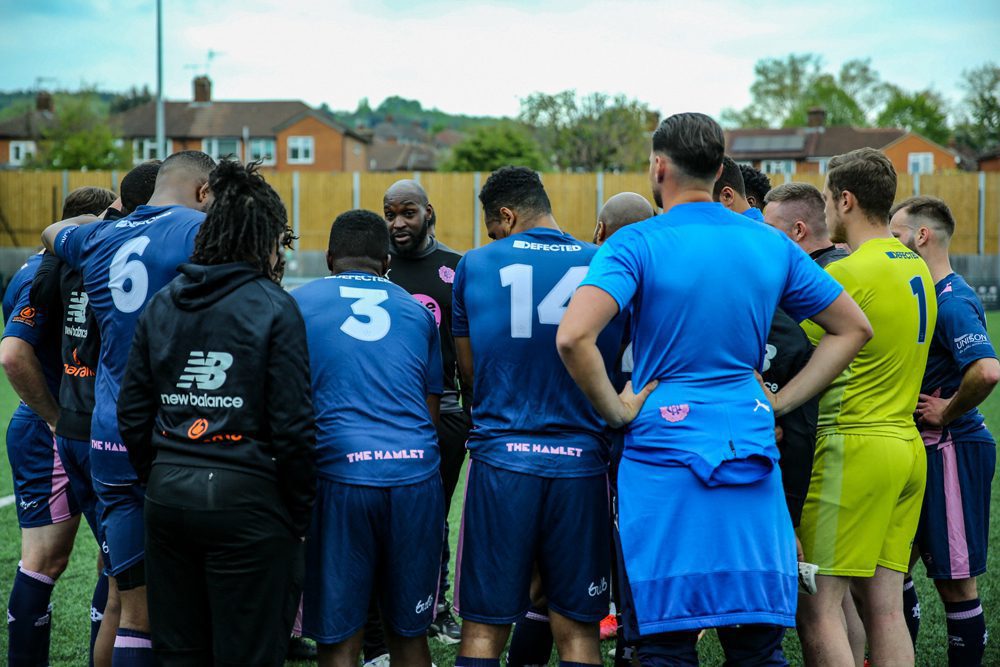 “Unfortunately we’ve not been able to do that as club. The squad depth, which we all knew was quite small, it took its toll once we had a few injuries and loss of form, which happens to every team. We didn’t have the depth to sustain a push.

“We thought in our changing room we could get to the play-offs – but that’s us taking all the responsibility and accountability. The training facilities and the time of training is not conducive to be able to mount a real challenge.

“Players are accustomed to much better than what we’ve been able to provide. We know we’ve been subject to coming out of the stadium and even possibly moving to a new one in a few years times but there hasn’t been that development in the current facilities and it’s quite out-dated now. It’s not a great environment.

“Recruitment we started pre-season with two players signed and had to fill the squad in pre-season, that’s not great, because we didn’t know our budget.

“The clubs we are competing against don’t have those issues – they have their own training facilities, they have recruitment offices and changing rooms.

“It’s about the club prioritising what is more important to them. At times, unfortunately, the football and the team has sometimes taken secondary priority because of more pressing things to keep the club either surviving or looking at the long-term future.

“I do understand that, as the long-term manager, but also when we raise expectations by being second in the league – everyone needs to understand what we’re working with when they expect us to push on, and how difficult it is to do that.”

NSW motoring association the NRMA has been helping motorists with dead car batteries for a century and now it's coming to the rescue of...
Read more