Jockeys of Chrome tabs and hoarders of bookmarks, rejoice: You can now quickly skim through your entire browser mess with a new simple "@"...
Read more

Crystal Palace loanee Luke Dreher has admitted that his injury-ravaged spell led him to “hate” football, but he is determined to get his career back on track with National League side Bromley.

He was a highly-rated academy prospect when he made his debut in the final minutes of a 5-3 win on the final day of the 2018-19 Premier League season – notable as the fixture saw SE25 goodbyes for Julian Speroni and Jason Puncheon.

But since he replaced Andros Townsend in added time at Selhurst Park, Dreher has suffered a series of setbacks that have stagnated his promising career and seen him leave the Eagles for the first time as he searches for regular and injury-free football.

Speaking about his decision to join Andy Woodman’s Bromley side, the 23-year-old told the South London Press: “I can’t wait to get back to playing football and enjoying it again.

“I have had a pretty horrific few years out of football, and you learn to appreciate the small things – going out for training with a good group of lads.

“I know Andy from his time at Palace, which helps a lot. Managers who were looking at me wouldn’t have had much to go on over the last few years because I haven’t played many games. It was a case of getting a manager who knows me, and Andy knows what I can do – he also understands why I have been out for a while.

“I have had a few sessions now, and I am just enjoying training regularly again.”

Following his long-awaited Palace debut, Roy Hodgson brought Dreher, then aged 20, along for the pre-season tour of Switzerland to play in the Urhencup.

But the midfielder suffered a ruptured ACL in a behind-closed-doors friendly against Milton Keynes just three days into the 2019-20 Premier League season.

“I was in a really good position,” said Dreher as he reflects on an injury that would all but see his Crystal Palace first-team plans dwindle.

“There are times when things aren’t going well, and you hate football. I didn’t even want to watch it because I knew it would frustrate me. Football is part of your identity. Every day I would go out and play football with my friends – that’s all I knew.

“It’s tough, but you have got to find different ways of coping with it. Not watching football helped me to remove myself from it.”

Dreher has not featured for Palace since. Minor setbacks have halted his progression for more than two years. Eagles midfielder James McArthur has offered continual support.

“McArthur has been really good to me over the years when I have been in and around the first team. During my injuries, he would always go out of his way and come to find me.

“He’s a really good character to be around. He is an experienced pro and played hundreds of games in the Premier League. He hasn’t got there by accident, so when he speaks, you listen. It gave me that boost for the day to help me along. It went a long way.”

His then manager Roy Hodgson was another who supported Dreher.

“He would always stop me and take his time to speak to me when I saw him around the place,” said Dreher, who joined Palace’s academy at the age of eight.

“Being injured can be lonely. You feel as though you’re so isolated and detached from football. But when I had the first-team manager, who I am sure has plenty of other things to worry about, take time out to speak to me – to ask how it’s going and telling me that he can’t wait to see me back – it helped.”

Richard Shaw, Dreher’s U23 coach at Palace, likened him to Manchester United legend Bryan Robson in his style of play and felt spells on the sideline would follow due to his combative nature.

“It’s part of how I play – so if you take that away from me, you’re taking away my effectiveness,” said Dreher. “All I can do is work in the gym and try and become as robust as possible.

“I’m sure it will come with a full season under my belt of playing regular games and training regularly. I am sure my body will get to the place where it adapts and doesn’t break down.

“I couldn’t think about pulling out of challenges or adapting my style because that’s how you get the best out of me. I would never want to change that.” 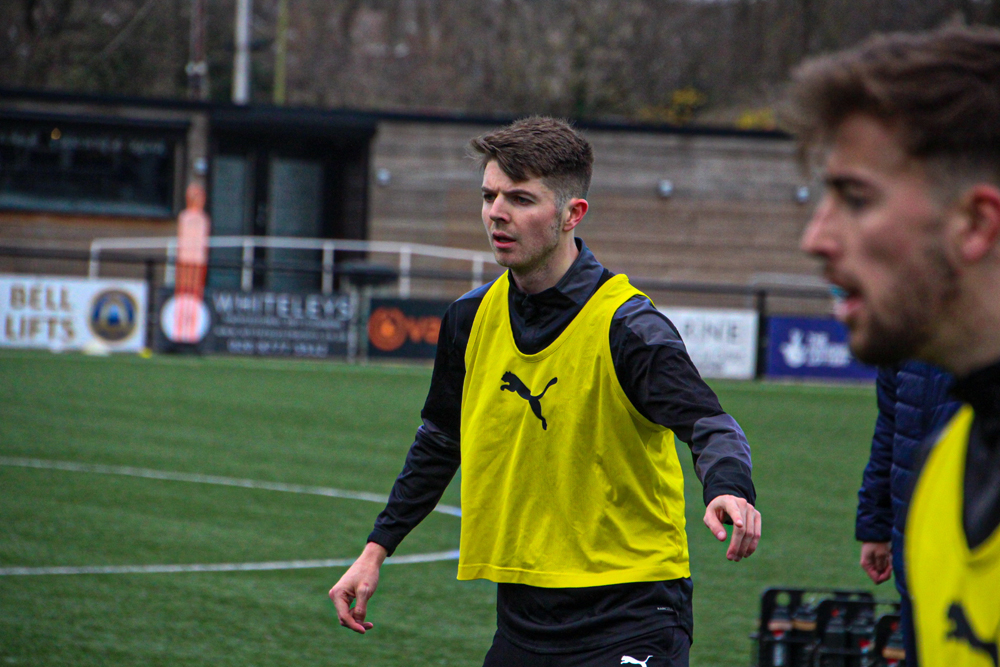 Dreher is yet to feature for his new side, with Woodman understanding that the midfielder needs time to fine-tune his match fitness to hit the ground running when he is eventually called upon to help Bromley attempt to clinch promotion to the EFL.

The pair worked together during Alan Pardew’s reign at Palace. Dreher was regularly called up to the first team to learn from the likes of Yohan Cabaye, while Woodman was Pardew’s trusted goalkeeper coach.

Dreher said: “At one stage, everyone is telling you to take your time [coming back from injury], and then after a tough period, it’s not only the big injuries, it’s the small muscle-related ones when you’re coming back, which are also hard to get over.

“I am 23 now, but I am just so determined to make up for the lost time. I can’t change what has happened, but all it has done is make me even hungrier.

“If I didn’t believe that I could still get to a certain level in football, I’m not sure I would still be persevering with it. I’m hoping I can get back to where I need to be and kick on.”

Dreher doesn’t know what his future holds, as he has only played a handful of games for Palace’s U23s since that game against Milton Keynes in 2019. He is also set to be out of contract with the Eagles in the summer.

Instead he is focused on the task in hand at Bromley, with the club in the play-off places.

“Everyone is striving to get the club promoted,” said Dreher. “We went close last year and had a really good first half of the season this year. We’re in a really good position.

“That’s the goal, and the manager made that very clear when I signed. It’s a club that is going in the right direction, and they’re doing things right.

“The next step is to get promotion, but it’s tough because of how competitive the league is.

“Palace is all I have ever known. But it’s good for me to be stepping outside of my comfort zone – I haven’t had the chance to go out on loan before.

“My whole childhood was being at Palace – it’s always going to hold a massive place for me in my footballing development and for how I am as a person as well. I owe a lot to the club.”

Jockeys of Chrome tabs and hoarders of bookmarks, rejoice: You can now quickly skim through your entire browser mess with a new simple "@"...
Read more
Technology

Meta employees were told not to discuss sensitive issues such as abortion, gun control, pending legislation and the efficacy of vaccines at work. ...
Read more