﻿ ﻿﻿﻿﻿﻿﻿Melissa Jaine Womer is mostly famous in the entertainment industry. While she may be unknown to some, she...
Read more
Business

Erith motorcycle racer Casey O’Gorman found out how tough the Hawkers European Talent Cup is with fifth and sixth place finishes in round two of the championship at the Circuit Ricardo Torno in Valencia, Spain last weekend.

The 14 year old qualified his Honda NSF250R back on the third row in eighth place for the two Sunday races.

Off the line for race one under the baking Spanish sun, O’Gorman didn’t make his usual lightning start in the frantic scrap for position but did enough to hold his grid position over the first lap.

Three laps of seventeen down and O’Gorman set the fastest lap as he moved up to fifth place.

Ten laps to go and O’Gorman moved into second but such is the pace in the ETC, the youngster was back to fifth by the end of the next straight as they slipstreamed past him.

Two laps later and Italian rider Dodo Boggio went down hard bringing out the red flag causing the race to be held over two parts with a five lap dash to the flag.

Starting from fifth on the restart, O’Gorman dropped a couple of places before regaining them with four laps to go.

With such a short sprint race, all tactics were out of the window and in the ensuing chaos, the Irishman lost touch with the front group of four bringing his Visiontrack Honda home in fifth behind winner and championship leader, Joel Esteban.

Making a steady start for the last race of the day, the youngster made a carbon copy of race one, settling into eighth for the first lap of seventeen.

Taking a while to move into sixth place and break clear from the chasing pack proved costly as the leading quintet had pulled a one second gap on everyone else but O’Gorman dug in deep and clawed his way onto the back of the leaders with twelve laps to go. Eight laps left and Brian Uriarte collided with Guido Pini ahead of O’Gorman promoting him to third and with Max Martinez in second place given a long lap penalty for track limit infringements, the lead was now tantalisingly close.

If anything can happen in the ETC it probably will and within a couple of laps a podium dream was all but over as O’Gorman’s bike started jumping out of gear, being shuffled down the pack to an ever distant sixth place. 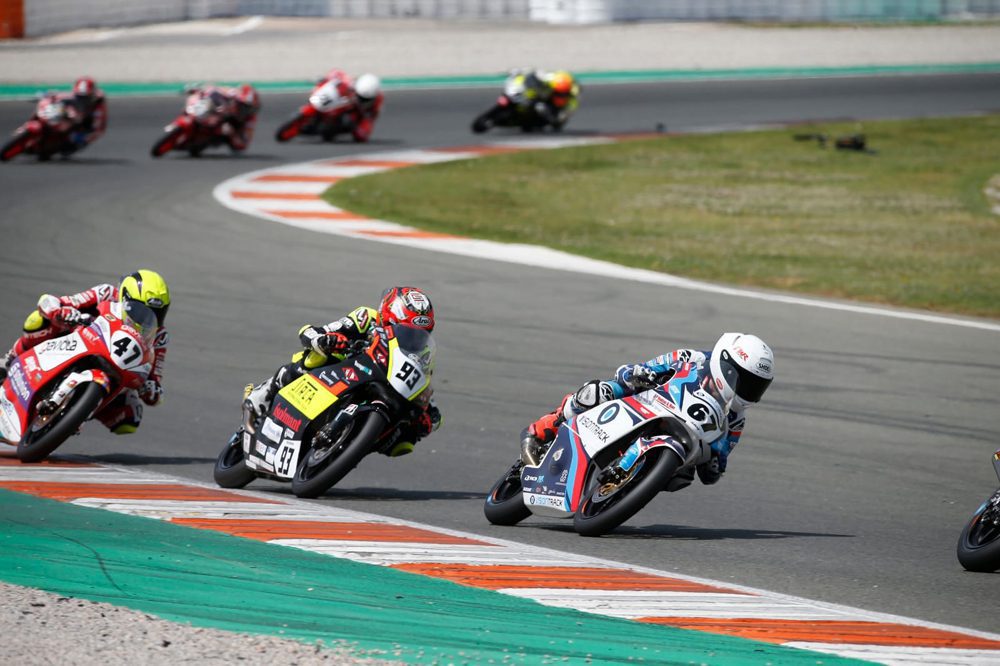 Final lap and O’Gorman was now nearly ten seconds behind runaway leader Esteban and it was now a case of just bringing it home for the points for sixth.

O’Gorman has moved up to fifth in the championship on 34 points with Esteban leading on a perfect 100.

Round three of the Hawkers European Talent Cup takes place in Barcelona on the 12th June although O’Gorman will be back out in the Red Bull MotoGP Rookies Cup this weekend at Mugello in Italy.

﻿ ﻿﻿﻿﻿﻿﻿Melissa Jaine Womer is mostly famous in the entertainment industry. While she may be unknown to some, she...
Read more
Business

﻿ ﻿﻿﻿﻿﻿﻿Melissa Jaine Womer is mostly famous in the entertainment industry. While she may be unknown to some, she...
Read more