Millwall chief executive Steve Kavanagh is under no illusions that there is plenty of hard work lying ahead after the club released more details on their proposed new training complex in Kent.

The Lions purchased 100 acres of land in West Kingsdown in September with a view to getting planning permission for a new hub that will be able to house the first-team and academy.

The first-team are based at Calmont Road in Bromley but that is only a lease arrangement after previous Millwall owner Theo Paphitis sold the land.

The academy has been situated at Blackheath’s Well Hall since 2016.

The Lions plan to submit a planning application by the end of this month and could face a wait until almost the end of the year to find out if it has been successful.

“This has been the best part of nine months work on this site alone,” Kavanagh told the South London Press. “We’d gone through lots of sites before that but there was just nothing available to get 50 acres. We actually own 100 acres because there is a field on the outside of the M20 which is linked by bridge there, next to Battersea Dogs Home. It came as one package.

“We couldn’t find anything that was near deliverable. This site is a complex site, because it is green belt and recreational use is permitted development – but it hasn’t got any buildings on it. Now that we’re so close to submitting the planning application we’ve now gone public with getting the plans out there. I’ve spoken about it in my notes to the fans before, we’ve not been keeping it all a secret.

“We’ve got Calmont but it was sold as a sale-and-leaseback over 20 years ago and that lease has a few years left to run. It’s not long, in the grand scheme of things. We haven’t engaged with the landlords, we’ve just got on with what we’re doing. Because we may not get planning. We might have to engage with the landlords. This is a risky planning application, because it is green belt – we have to recognise that.

“But Calmont is 15 acres, it’s not big enough to really house an aspiring club that is currently in the Championship.

“There is also that divide to the academy in Blackheath, which again is a rented site that we don’t own. We’ve got that physical gap between the two and we want to bring it together – the academy, first team and the core staff. We want to build on the unity that this club has always survived and thrived on.

“We’re trying to get this done to secure the long-term future of the club, to give us a stable platform that we’re not worried about leases running down or other things. “What happens to those sites which are rented? Is there a difference with the Blackheath one, that we could potentially run a youth development centre out of there if we can get the right deal done with Blackheath? Maybe.

“What we’ve got to do first and foremost is get the planning application through and once we’ve got that it will give us the confidence to then start putting proper plans in place about what happens next at those sites.”

Kavanagh, appointed by the Lions in 2016, is not keen to put a cost on the project.

“You’re in the tens of millions,” he said. “I’m trying to stay away from that because we need to get the planning application first, we need to get to a point of knowing it is viable.

“What we will then do is value, engineer and work out how it is constructed. There are certain aspects we have to deliver, so it isn’t going to be cheap.

“While if you go and look at the site, and it looks level – it is not. It is also heavily flinted. We have got to deal with that because you can’t have flint in the pitches.

“You have to construct pitches and the indoor dome. They are not cheap, but you have to have them for your academy. In fact if you’re building a training ground, that has to be on that site.

“The design and the facilities we want to build now would allow us to go to cat 1 status [with the academy] if we wanted to do so.

“At this point we’re building it at the level we are now, cat 2, but we wouldn’t need to do any new buildings to get a cat 1 status.

The aspiration to get to cat 1 status is there and we wouldn’t need to go back to planning or anything. “How many pitches you put in at grade one Den standard versus some that are lower down, all those decisions are to be made. At this point it is actually irrelevant because if we don’t get planning it doesn’t matter.

“I’ve got rough ideas [of the cost] but I could be blown out of the water in many different directions. We need to look at how that is funded and how we bring that forward.”

“It’s an important step for the future of the club and an exciting step,” said Kavanagh.

“This will really secure and set the next 25-50 years future of this club to allow it to continue to grow and aspire to get to the next level.

“We know it isn’t easy to get to the next level, especially with the parachute monies and the complexity of the Championship funding, but without training facilities we haven’t got a hope in hell. This can give us the confidence to grow in that building and develop that building as our own, not someone else’s rented house.”

Kavanagh also believes the fruition of their West Kingsdown plans would aide recruitment.

“It’s very easy as a fan to just see The Den as the players’ place of work,” he said. “While we’ve got Calmont to a level that it works, it isn’t the best training ground in the country and it would probably be one of the worst in League One, if we’re being honest.

“When it comes to the Championship it is important, as a player, to know where you’re going to be working day in and day out, how that looks and feels.

“You want to have a modern environment that has been considered, properly constructed and architecturally flows around the building – rather than Calmont, where you’ve got a Portakabin and a gym – the players have to walk through the dressing room and main players’ area to go outside, potentially when it is wet, into a gym that is 30 yards away. 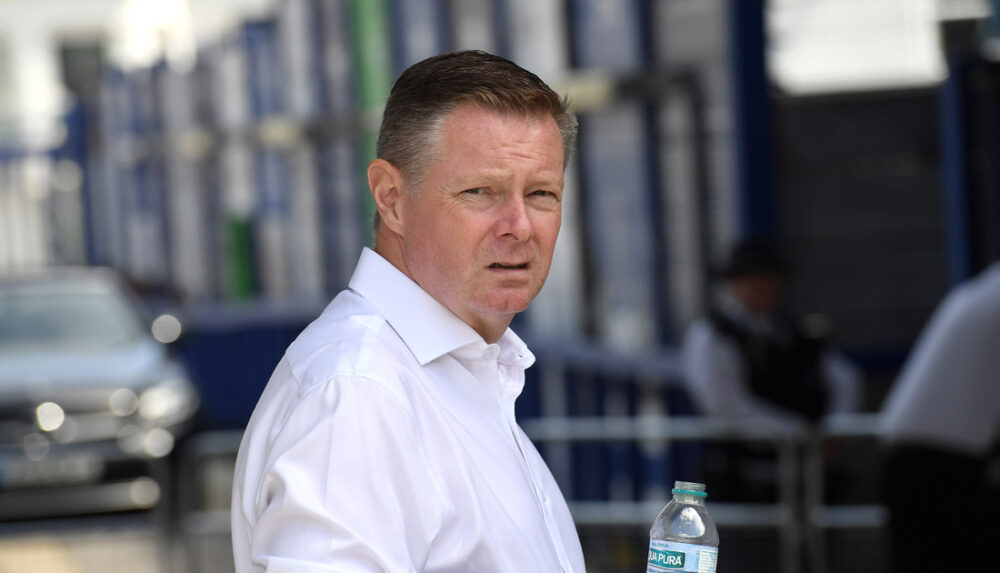 “It seems like nothing and it isn’t really, we make it work. However ideally you want the gym next to the dressing rooms and wet area that goes out to the first-team pitches.

“The aim is to make their day-to-day working life more comfortable and that helps improve them delivering on the football pitch.

“The Den is the showcase, but this is where they do their work. We need to show we care about that.

“There is also the aspiration for the academy guys. A nine-year-old will see the first-team environment and he can work towards it. At the moment he is six miles away.”