There have been a number of cybersecurity news items lately that you may want to be aware of. I think we should also recognize...
Read more

Mark Robinson returned to the scene of his first game in charge but his Wimbledon side could not repeat their heroics of last season as their long winless run continued.

Another defensive howler combined with a lack of threat at the other end allowed Wigan to run out comfortable winners despite themselves looking less than convincing.

Here are Dave Hunt-Jackson’s takeaways from the match.

PLAN A ISN’T WORKING, HOW ABOUT TRYING PLAN B?

Week after week the Dons persist with using Sam Cosgrove as a lone striker and week after week their midfielders fail to provide him with an outlet or, for that matter, the service that would create a goal threat.

Until he was injured early on at Gillingham when it looked like Aaron Cosgrave was playing as a partner for his near namesake in a 4-4-2, it appeared that Robinson was finally trying a different tack and it looked promising. With that injury the Dons reverted to the set-up that has failed to work time and time again.

Surely it is time to give Cosgrave some support and the opposition something different to deal with? Until this happens there seems little prospect of a change in the Dons’ fortunes. 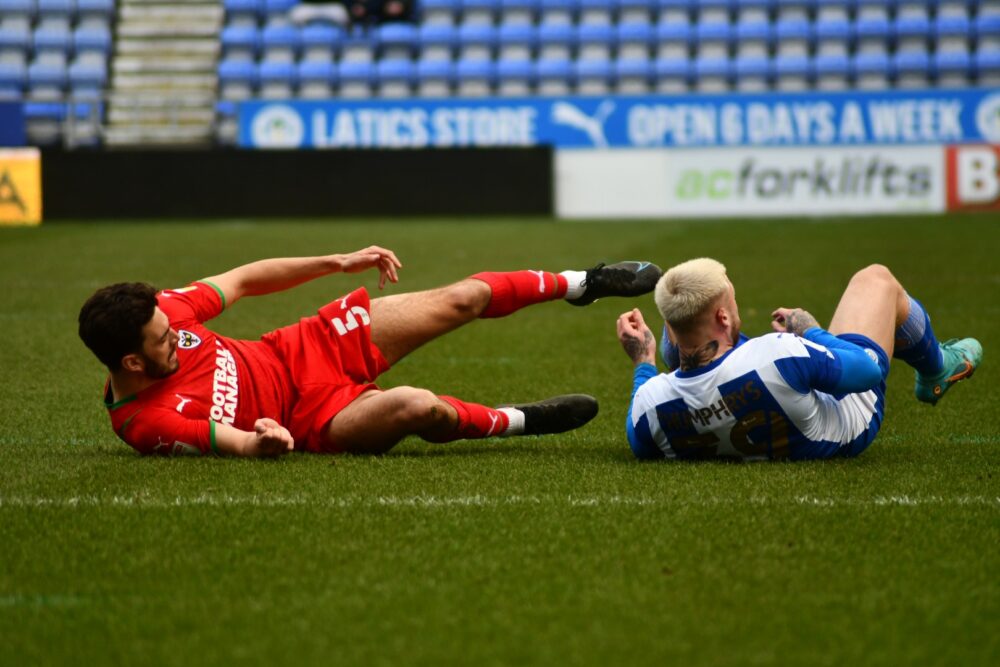 LACK OF CONFIDENCE IS CONTAGIOUS

Confidence is a fragile thing and all the more so in a side so lacking in experience. At the start of the season AFC Wimbledon’s youngsters played with a lack of fear and a carefree enthusiasm that is the preserve of youth – but those days seem an age ago.

Without a league victory in 16 games and having thrown away every lead they have had in that time, the lack of confidence is tangible and on Saturday it unfortunately spread to the usually dependable Nik Tzanev, who spilled the tamest of shots into the path of Will Keane for the goal that gave Wigan all three points.

The South Londoners did their best to hand their hosts an easier win with passes going astray and a disjointed, disorganised display that has sadly become their stock in trade in 2022.

While there is no doubting the talents of George Marsh, especially when filling in for the injured Alex Woodyard, he is no substitute for the playmaking skills that Hartigan brings.

It was only when the Dons’ number eight entered the fray that they came alive as any sort of attacking force. Of course it was still a case of too little too late, but at least the endless sideways and backward passes stopped.

Up until Hartigan arrived, Tzanev must have been the recipient of twice as many passes as any of his team-mates.

Hartigan knows how to make and use space and can both spot and then make the telling pass. It can only be hoped that he starts from now on and his colleagues can use his distribution and show a fraction of the urgency he and fellow substitute Dan Csoka brought to the proceedings. 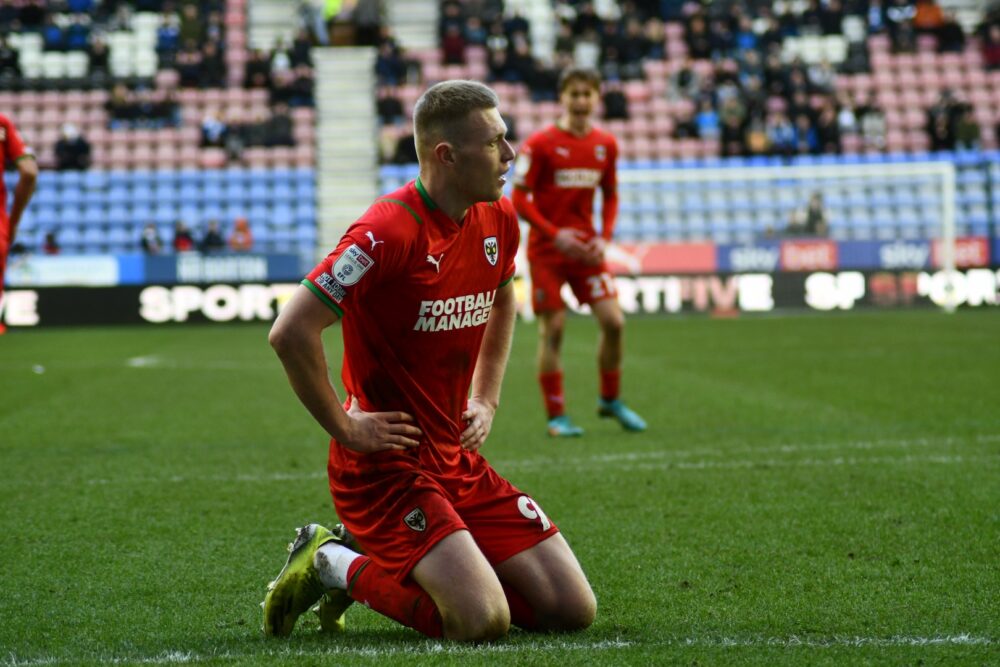 WHERE HAS THE CRAZY GANG SPIRIT GONE?

Two weeks ago the first-team squad vowed to reimburse the travelling support after the gutless defeat at Bolton and yet this display – while a little less feeble – was not that much better than on their previous visit to this corner of Lancashire.

It is sometimes hard to distinguish between lack of spirit and lack of confidence but the apparent anger from some of the travelling support towards the players after the final whistle tells a very clear story.

The seeming lack of passion was there for all to see.

Even in the last 10 minutes, with just a one-goal deficit to overcome, there was little or no urgency and an apparent reluctance to throw men forward in search of an equaliser.

When Wigan took the ball into the corner to try to waste the five additional minutes it seemed almost comical as Wimbledon had shown so little desire to try to level the scores.

The fans have clearly grown tired of hearing that the players need to look at themselves – they just want to see total effort, total commitment and an obvious desire to avoid the relegation that is looking more and more likely.

After Tuesday’s trip to Plymouth almost all of AFC Wimbledon’s remaining fixtures are against teams in the middle or lower reaches of the League One table and an escape (not even a great one) should be more than achievable but things need to change and they need to change soon.

There have been a number of cybersecurity news items lately that you may want to be aware of. I think we should also recognize...
Read more
Startup

Zoe, a startup founded by doctors and researchers from London and Boston, made a name for itself during the pandemic with a popular –...
Read more

Russian troops tried to advance into eastern Ukraine and trained tank, mortar and artillery fire on Kherson in the south, the Ukrainian military said,...
Read more