You legends! Peckham basketball team are second best U16 side in England – South London News

Chrome is rolling out an update for Android users that will let them lock their incognito sessions with a passcode or biometric information when...
Read more

London Legends, based at the Damilola Taylor Centre in Peckham, made their own piece of history this season by reaching the last four of the England NBL Junior Champions for the first time.

The South Londoners qualified for the Junior Finals Fours in Manchester after finishing top of the 2021-22 Basketball England Junior National League.

The Legends beat Richmond Knights 76-65 in the semi-final but lost in the final to Manchester Magic.

Club chairman and founder Rotimi Adeeko told the South London Press: “I feel very proud of all the coaches, all of the volunteers, the players and the parents – we have all been consistent in delivering positive support and with the teamwork that everyone has put in.”

Coach Dawud Shereef said: “We started a couple of years ago and could barely get a couple of kids into the gym. To be here is definitely an achievement, but it also shows me that we have a long way to go.

“This was the first season that the U16s had competed in the National Division, and it’s only our third year of having that age group in the programme.

“The boys worked incredibly hard to try and reflect some of the things we have tried to teach them.

“They showed up for those morning sessions, they committed to the three practices each week, and to pull off what they did, it was pretty outstanding.”

The club was formed in 2013 under the name Southwark Legends after the unexpected passing of Michael Carty. ‘Big Mike’ as Carty was known, was a former professional basketball player who devoted a significant part of his life to the South London community.

“He was a mentor, especially for kids in the Southwark, Peckham and Lambeth areas,” said Adeeko.

“His whole thing was to create a positive environment where kids such as myself could come in, succeed, and learn different life skills.

“Most importantly, he wanted us to be entrepreneurs – he taught us how to set up and run businesses. But he used basketball as the hook.

“He knew that if we were told to come down for some life skills, we would probably say no. So, along with the basketball sessions, he would add workshops to it. 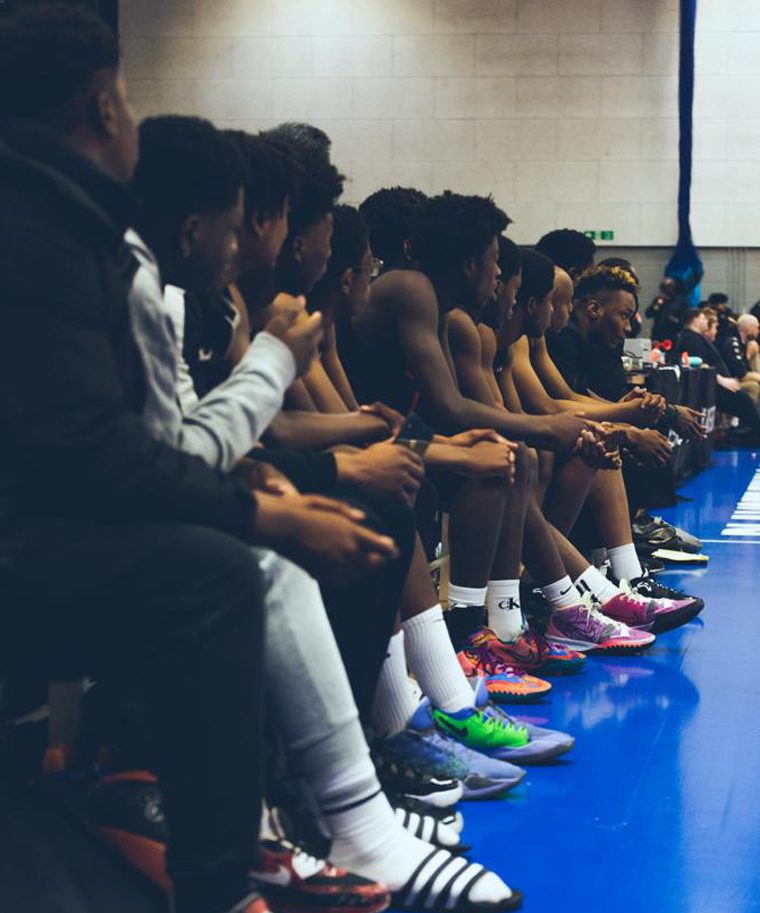 “When he passed away, it left a void in the South London area. We all came together as a group and said: ‘What can we do to keep his legacy going? What can we do to continue the work that he started and take it up to that next level?’

Everyone involved in London Legends devotes their time voluntarily.

And while challenges still come from outside the court, with funding in grassroots basketball extremely limited, the coaches, along with a GoFundMe page, ensured that all players from the U16 team were able to make the trip to Manchester for the recent finals.

“It’s not something we really talk about, but there is just a lot that we naturally do,” explains Adeeko, head of basketball at a school in north London. “Sometimes, when we couldn’t get a venue, we would have to book a venue with our own money. We did a couple of morning sessions where we had to wake up at 5am, just to get the boys to bond. 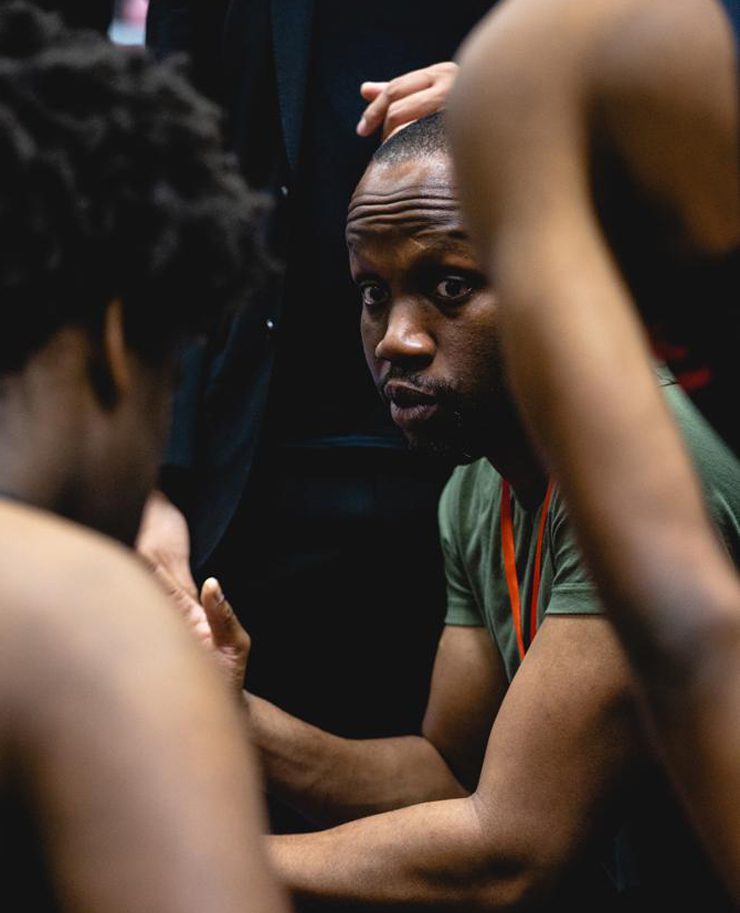 “Parents within our circle have helped massively, whether that be with transportation from hotels and back to the venue or monitoring the kids.

“There is so much that we do that you can’t even think about. Some kids didn’t have the money to go, so we had to cover that from our own pockets.”

Shereef, who works in tech consultancy, added: “We would do all of those things again today in a heartbeat if we had the opportunity.

“Everybody is pitching in to make sure that these boys have the opportunity to show up on their platform.”

Despite a history-making season behind them, and as they close in on their decade-long anniversary, Adeeko and Shereef, who both grew up idolising NBA star Hakeem ‘The Dream’ Olajuwon, have their sights set on the next achievements.

“The aim is to be the best youth club in Europe,” says Adeeko.

“We want to start a girls’ programme, and we want more coaches. One of the most important things is the venue – we want a dedicated facility to call home and allow boys and girls to come in and train at the same time. 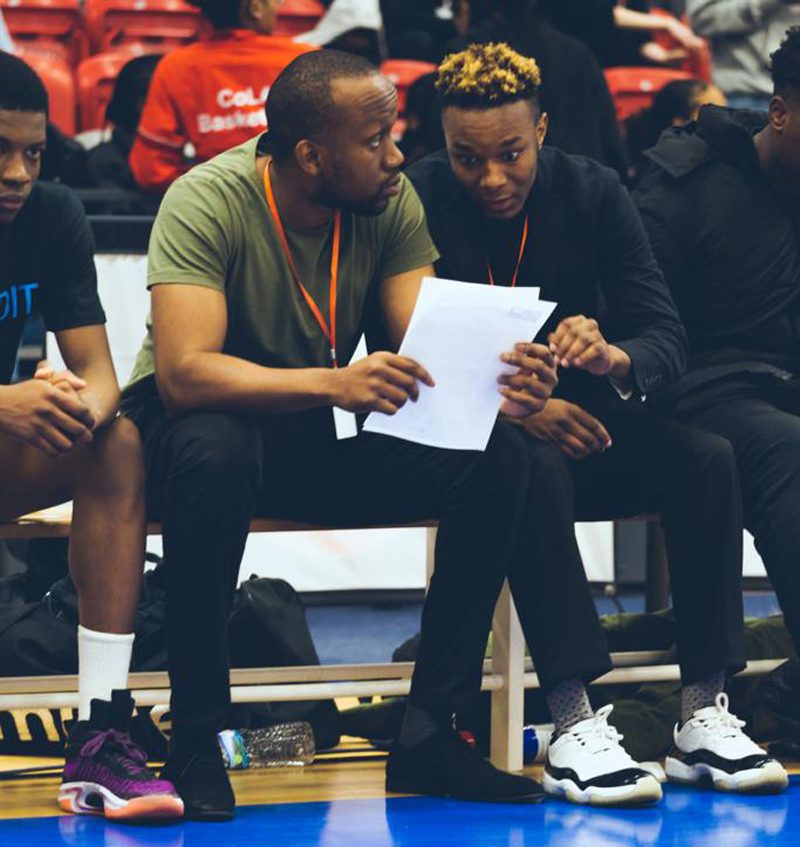 “We just want to grow as a club and be in a position where we can afford to pay the coaches.

“There are a lot of good coaches here. Some come and go because everyone is doing it on a voluntary level and they have other jobs, but we want to retain them because we believe it will improve the knowledge and skills that the young people will gain.

“We start at 10 years old, and we can go even younger. If we start younger, we will see better overall development.”

Shereef explains that London Legends “want to double down and invest even more in the enrichment of the young people”.

He added: “We live and breathe basketball, but we would love to have more people come and contribute towards improving the programme.

“One of our main staples is ensuring that people from the local community, from different fields, occupations and walks of life, come in and talk with the young people about the pathways that they can take outside of the sport.”

Chrome is rolling out an update for Android users that will let them lock their incognito sessions with a passcode or biometric information when...
Read more
Startup

chroma, a startup working on a new type of audiovisual entertainment specifically for mobile devices, is now adding a Twitter co-founder to its board....
Read more

Abbie Monterey is an American actress known for appearing in the hit TV series, Doom patrol. She is also recognized as the sister...
Read more